MORE GOOD NEWS FOR OUR TOWN. The last piece of the former Cuzz Acres Nursery sold this week for $2.2 million. The developer plans to build age restricted independent living, with assisted living then a care facility all on the site. This will be located on Indian River Rd across from Christmas Tree Shoppes.While serving as our First Selectman, Jim Zeoli has focused on bringing new business to our community.

Since the economic crisis started in 2008, the job has not been an easy one, but robust Economic Development has happened in Orange and that effort continues to this day.

Over the past two 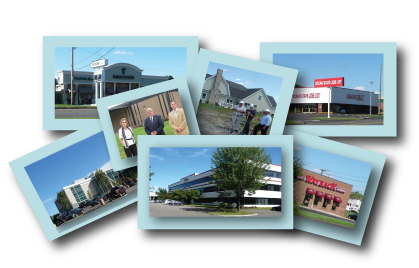 years, four major new companies, as well as many more retail businesses have opened in Orange. They include Aurora Foods, Colony Hardware, Numet Machining Techniques, Inc. and United Illuminating Company. The light industrial area of Orange continues to expand, bringing the vacancy rate in the Town of Orange down to 4.9%. In addition, both Yale University has opened a major new campuses here including the Yale School of Nursing. The University of New Haven will be moving several of their graduate programs to Orange starting January 2014.

First Selectman Jim Zeoli said, "Orange's light is shining bright at the moment. We have put in a lot of hard work and effort over the last several years to prepare the industrial zone for this level of development. With continued support from our team, which includes the Orange Economic Development Corporation and our local commercial realtors we expect to maintain this momentum through the long term."

The new Edison Road extension has been completed, opening up opportunities for further business development. Orange applied for and received a series of grants that allowed the $1 million project to be essentially completed with federal and state funding.

Talks between the state and a private Orange train station developer are progressing. There have been numerous discussions between state officials and the site developers.

With the 1,500 employees that they bring to Orange, United Illuminating has become the town’s top taxpayer, generating millions of dollars in tax revenue each year. With our continuing economic growth, Orange has a bright future as a great place to do business.